Going to shows is both physically and emotionally draining for music lovers. Isn't it time for a better live experience?

Hello reader! I just returned from being sonically assaulted for two days straight at a festival in Miami.

I know, I know – it feels like hyperbole. I am sorry to say that I am not exaggerating, however. On the drive home, I had hours to reflect on the experience. Sadly, nobody in our group felt entirely fulfilled or satisfied from our weekend. My ears were throbbing, and the tinnitus was unbearable (despite wearing earplugs the entire time; more on that later). Morale was low across the board. But why?

On reflection, I found that the most upsetting thing about our lackluster festival experience was that it was not an isolated opinion by any means. We have all been through this, haven’t we? It certainly isn’t limited to festivals; I’ve been to many shows where this was the case. It is uncomfortable to look forward to seeing an act we adore (or be excited to explore the genius of an opening artist we have never heard before) and then being heartbroken when reality did not meet the expectation.

The truth is that while some acts simply are not fit for stage performance, their work shines through a polished release or carefully curated album. This is okay; not all art is meant to be shared in a live medium. I want to make it very clear that this is not the phenomenon I am talking about here.

My point is that the quality of a live performance is at the mercy of the environment, as well as those that manipulate that environment, and how it is absolute bullshit that we continue to put up with a monumentally inferior delivery every time we step into a venue.

95% of music venues suck. Yes, even the one you have put on a pedestal as your favorite venue because the drinks are cheap, the bartenders are hot– oh, I’m sorry, you don’t drink? Yeah, it still sucks (unless your favorite spot is the Boston Symphony Hall) because, as it turns out, nobody that owns a venue actually gives a shit about how the music actually sounds.

Music venues as a concept only really rose to prominence in the 1800s in the form of music halls. Before this, performance music was mainly found at exclusive upper-class events or treated as an accessory to the pub experience. Visits to music halls were treated as a night out, often showcasing a variety show or several lively acts thrown together for a seated audience. These were performances to be enjoyed in comfort.

It wasn’t until the 1960s that the concept of a music venue as we know it came into the mainstream. Dancing, drinking, drugs, and music as a shared emotional experience with strangers were somewhat of a novel concept. Existing proprietors that could manage the space required for events saw an opportunity to make money.

The 1970s saw the influx of disco and the rise of alternative gatherings (such as punk). Music and dancing at clubs as a mainstream activity saw more growth than ever in the 1980s, and the introduction of massive events (such as raves and outdoor festivals) exploded in the 1990s. Lighting and aesthetics have improved, bass has been introduced, and speakers have gotten louder, but nothing about the motivations has changed.

I spend a reasonable amount of time before and during festivals checking which acts I want to see and what conflicts they might have. Everything lined up pretty well for my priorities, so I was pretty stoked to be able to see everyone I wanted to. Now I wish I hadn’t.

‘Slaughtered’ was the only word I could think of while watching some of the most talented artists I know attempt to perform in front of thousands of people who had also, undoubtedly, been excited to see them live. I could see they were kicking ass, but I couldn’t really tell by listening.

I couldn’t understand a word that was being sung, nothing felt mixed correctly, and there were several times when the artists seemed out of tune due to some sort of auditory clusterfuck going on where they were positioned too. It was a shame, and it was heartbreaking because I knew they were outstanding performers otherwise. Unfortunately, everything I saw just sounded completely, undeniably shitty. Mostly though, I couldn’t hear anything.

Lyrics? Who knows. Subtle melodies and arrangements? Deleted. Ability to do anything other than pray your earplugs don’t fall out on the ground and get stepped on by some dude named Spencer who has been sloshing a beer cup around and shouting “woo” for the past 40 minutes? You get it now. Everything is too fucking loud.

I looked it up online. People with computer keyboards say that music is so loud at shows because it supposedly induces an altered state of consciousness (ASC), a trance-like psychological state. Jonah Woolley really summarizes it best in his Medium article Why Are Concerts So Loud?:

Whether it’s a basement show, a club, or the tour of a world-famous pop star, concerts have always found a way to turn the volume up to 11. According to HEAR, the average concert is between 110 dB and 120 dB. For reference, a busy street comes in at 80 dB, and the average conversation is 60 dB. That is loud enough that you will begin to suffer hearing damage after just 30 minutes of exposure.

When it comes to energy, it’s possible to attain good energy without turning the volume up too high. There are plenty of venues, like churches to clubs, that can have an energetic performance while only being at 80–90 dB, which is a lot more pleasant to listen to.
Despite that, concerts are still loud. So is it possible that there’s another reason that doesn’t have to do with the practical side of things?

For many artists, the reason their performances are loud isn’t because of any specific reason; it’s just because they want it to be loud. Concerts before them were loud, so they figure theirs should be as well.

Earplugs shouldn’t be a requirement for going to see live music. The only way we will change the standard for loudness at shows is to demand it from our performers, our engineers, and venue owners. Speaking of which…

Often the location of the show will make or break my decision to attend. Proprietors: isn’t it worth it to spend a little to improve the sound quality of your space, naturally guaranteeing a better experience for your attendees?

The more comfortable your space, the better their experience, and the more likely they feel optimistic about returning for future acts. Don’t forget that the longer they stay, the more drinks they will buy, too. The psychological connection alone should be enough to convince you; better sound, less physical emotional strain, better crowd morale, and already you’ve begun to condition them that YOUR space will induce a positive experience every time. Better reviews from guests lead to stronger acts booking at your venue, and so it goes. This is basic psychology and should not be ignored.

So why not? Everyone seems to be at a bare minimum at the moment, so it really is an excellent time for venue operators to take the time to improve the sonics of their space. Call in an acoustician to make your shitty warehouse into an award-winning concert space. Hell, DIY your solutions for all I care- it is better than what you’ve likely already got. Fix the reverb, optimize the room to bring greater depth and clarity for the frequencies that matter most, and you’ll already be in a better place than the vast majority of your competitors.

Hire A Team That Cares

In the end, it really comes down to this. We need to really advocate for live sound teams that can blend the performers’ requests without compromising on the comfort of attendees. With 50+ years of industry growth and the modern ability to monitor and modify so many variables on the fly, poor quality live experiences shouldn’t be accepted anymore. Let us raise the bar and bring back some dignity to the engineer who cares.

There really isn’t a question of where to go from here; the slightest bit of interest on behalf of our techs, performers, and venue owners would go a long way to resolving some of these issues. It’s time to introduce a new standard and breathe new life back into the music industry. After all, don’t we deserve it? 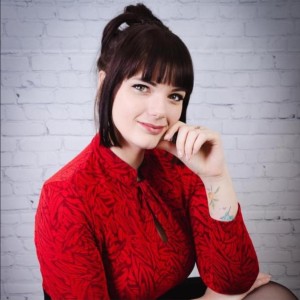 After saying goodbye to her respected role as Studio Director of a busy downtown Orlando, FL creative agency, Ren has joined the team at Hacienda full-time as Brand Director. She has worked at fast-paced agencies and Fortune 100 companies as an award-winning designer and artist of varied media. Ren has also been a photographer at two nationally recognized photography studios. Outside of work, you can find Ren curled up with her Kindle (which happens every day), snuggling with her cats, or sending deep-cut memes to friends.